Readers so often misunderstand how the unemployment rate is determined that an explainer sentence or two should be included in most any story about it.

Whether a person is receiving unemployment benefits has nothing to do with calculating the rate.

The U.S. Bureau of Labor Statistics determines the unemployment rate from the results of what is called the Current Population Survey.

The unemployment rate is the percentage of people age 16 and older seeking work among the total labor force (those working or looking for work).

The unemployment rate, however, does not provide a complete picture.

A caution in reporting workforce numbers

The size of the workforce as reported with the unemployment numbers is an accounting of the number of individuals working or not working.

The job numbers are determined by a like sounding, but different, survey called Current Employment Statistics.

This survey asks employers for information about their payrolls. The result is the number of jobs. A person who has two jobs is counted twice, because two employers will provide the information.

Where to find the data:

Use this link at the Bureau of Labor statistics website to find a ton of data on a variety of topics. 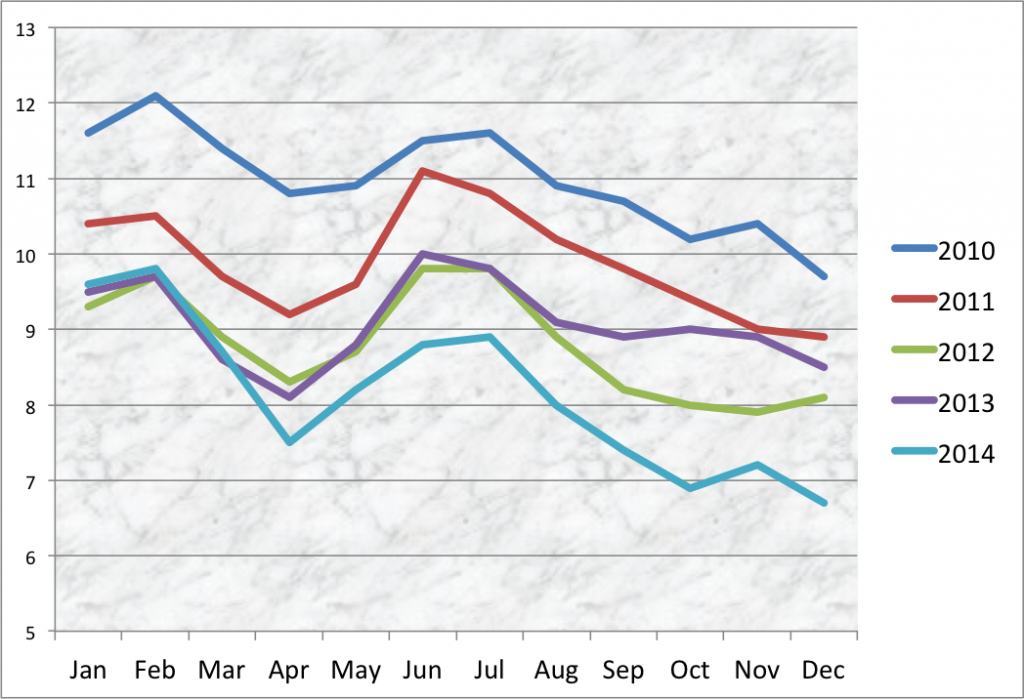 Here's an example of unemployment rates that have not been seasonally adjusted for the City of Cleveland. Notice how the trend is nearly the same each year.