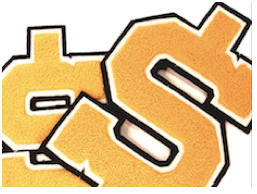 Where are taxes the lowest and highest? Not property taxes. Not income taxes. Not sales taxes. But all taxes.

We set out to attempt to answer that question for a series of Midwest and Eastern states. We looked at all the major taxes from the local level up through the state and added up the bills. Check out the online calculators and analysis that were the result of this work. We called it “11 takes on taxes.”

One of the shortcomings of Microsoft Excel is that you cannot easily obtain the median for several different variables. Mystery solved. I recently came across this link to step you through a formula that – at first glance – may look complicated. But it’s really not too difficult to recreate.

One note: be sure to exit the formula cell with this command – control/shift/return. That creates an array function.

The Census Bureau really stepped up its offerings in the last couple of years for things that can be embedded in your own web pages. Especially good were the interactive state map/graphs as the Census 2010 numbers were being released some months back.